– Cardinals WR Christian Kirk suffered an ankle injury on Sunday in his team’s loss to the Seahawks. Kevin Zimmerman reports he will be limited in practice on Thursday and appears unlikely to play Sunday against the Bengals. The injury wasn’t as bad as initially feared and if he misses Week 5, the team hopes to have him back Week 6 against Atlanta.

– Vikings WR Stefon Diggs did not practice on Wednesday with an undisclosed ailment, reports Ben Goessling. 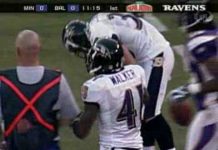 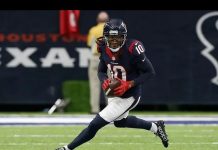